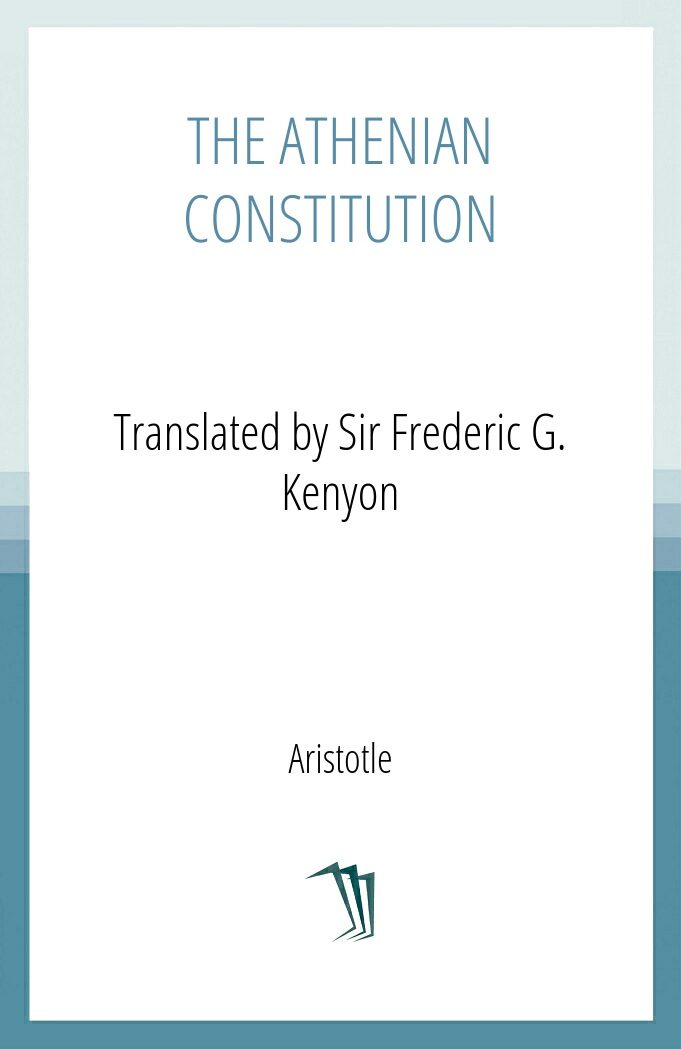 The Athenian Constitution (in ancient Greek Ἀθηναίων πολιτεία, Athenaion Politeia) describes the political system of ancient Athens. The treatise was composed between 330 and 322 BC. Some ancient authors, such as Diogenes Laërtius, state that Aristotle assigned his pupils to prepare a monograph of 158 constitutions of Greek cities, including a constitution of Athens.

The work consists of two sections. The first section, from Part 1 to Part 41, deals with the different forms of the constitution, from the trial of the Alcmaeonidae until 403 BC. The second section describes the city’s institutions, including the terms of access to citizenship, magistrates and the courts. The text was published in 1891 by Frederic George Kenyon.