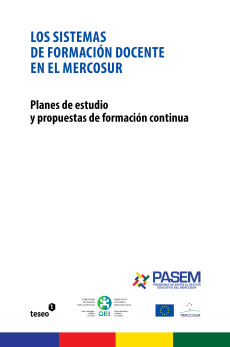 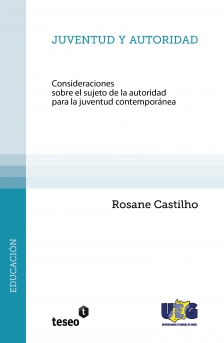 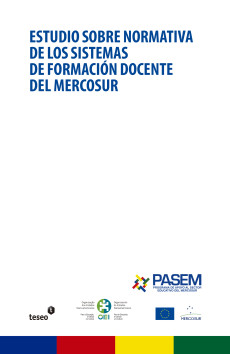 In 2006, there was a significant change in the universal human rights machinery when the Human Rights Council replaced the former Commission and quickly became the main United Nations body dealing with human rights. The Council inherited two main functions: addressing and preventing human rights violations, and promoting and developing international human rights law and standards.

From the beginning, a great deal of expectation from all stakeholders was placed on the way the Council decided to work on specific country situations. This was so because the life of the Commission ended under strong accusations of politicization and selectivity. As expected, those who supported radical changes were disappointed.

It came as no surprise that it was not possible to avoid politicization and selectivity in an intergovernmental setting, in particular on a highly-sensitive issue such as human rights. As long as a UN body is composed of States, it will have an eminently political nature.

Nonetheless, the GA established a series of changes to limit politicization and selectiveness as much as possible, including: membership criteria; voting majority in the election process; number of members of the new body; the creation of the UPR; and a new threshold for special sessions.

All in all, even if insufficient, these changes brought some improvements. Firstly, every single State of the UN is now under scrutiny in the UPR. This put relevant human rights challenges existing in developed countries in the spotlight, something that did not happen before.

Secondly, it was possible to preserve country mandates as a tool for addressing country situations. Indeed, the Council created new country mandates, such as the one on Iran and even re-established a former mandate on Belarus.

Thirdly, States with notorious human rights records find it more difficult to obtain the votes necessary to get elected in the Council by the majority of the GA. Even if the threshold is not as high as it should be, it is much higher than that of the Commission.

Lastly, the possibility to hold special sessions is an additional tool aimed at addressing urgent situations. Indeed, until 2011, the number of regular and special sessions were almost the same. This was a major change because the Commission held special sittings on very rare occasions.

The main criticism of these special sessions by analysts, international NGOs and some States was that there were an important number of special sessions dedicated to the human rights violations of Israel in its occupied territories. There is no doubt that the situation in the Middle East deserved special attention and measures from the Council. The problem was that the single reference to Israel on so many occasions was a worrisome reminder of the main problems of the Commission: politicization and selectiveness.

Nonetheless, it should be noted that, in the last few years, the special sessions diminished but diversified. In 2018, there was one special session on the Occupied Palestinian Territories; in 2017 one on Myanmar; and in 2016 one on South Sudan and one on Syria. As of December 2020, there have been 40 regular sessions and 27 special sessions.[1]

In any case, the same problem remained to a certain extent. The practical results of the Council on dealing with human rights situations have been, at least, mixed. In some cases, the Council reacted late and in an insufficient manner, as for example in relation to Darfur.[2] In other cases, the results were more effective, such as in some situations addressed during the so-called Arab Spring.[3] This is because, as with any other inter-governmental body, the outcome will always have a political nature. The existing tools are adequate, but they are only used in country emergencies when the relevant political alliances so allow.

During the Council’s lifetime, a number of international human rights treaties have been elaborated, negotiated and adopted, such as the Optional Protocol to the International Covenant on Economic, Social and Cultural Rights, and the Optional Protocol to the Convention on the Rights of the Child on a Communications Procedure. These instruments are now part of international human rights law and constitute relevant developments because, inter alia, they allow individuals to submit claims relating to violations of their economic, social and cultural rights at the international level.

For more than a decade, the Council has also been developing a series of principles, guidelines and other documents which are not binding in nature and could be referred to as international standards. We can take as examples the declarations adopted by the Council on indigenous peoples, the rights of peasants, and the right to peace.

In some cases, the Council requested the Advisory Committee or Special Procedures mandate-holders to elaborate a first draft text. Later, these draft instruments were promoted by one or more Member States of the Council, negotiated and adopted by this UN body and then endorsed by the GA. As an example, we can mention the Guiding Principles on Business and Human Rights.[5]

The process of international law-making is complex and involves different national interests, cultures, religions and ideologies. Once there is consensus to adopt a resolution or declaration or an international human rights treaty, the instrument acquires a particular relevance at the international level because it represents the common minimum denominator among different civilizations on a specific human rights issue.

There is no doubt that the development of international human rights norms and standards has been one of the most valuables contributions of the Council so far. This achievement has been generally recognized by different stakeholders, including NGOs.[6] As international human rights norms and standards evolve with societies, it is clear that this progressive development will continue in the near future.

Even though different stakeholders could help to elaborate or push for the development of norms and standards—including experts, rapporteurs and NGOs—international law-making is still a State-driven process. The most important forum at the UN to do so when it comes to international human rights law is the Council.

In this context, some regional or other groups of States and even single States push for the recognition at the universal level of specific human rights issues, which in many cases already exist at the domestic or regional level. This recognition at the UN level gives legitimacy, importance and universality to those norms and standards, which end up reflected in resolutions, declarations, principles, guidelines or international human rights treaties.

Certain individual States play a meaningful role in this regard for many reasons: they have strong human rights foreign policies, expertise in a specific field, and a national interest in promoting a particular human rights issue. In some cases, they also have legitimacy and credibility, which is needed to convince other peers to move forward in a specific direction.

Argentina is one significant example of a single country that has made a relevant contribution to the development of international human rights norms in some specific areas taking into consideration its national experience in the fight against impunity in the aftermath of gross human rights violations (e.g. the right not be subjected to enforced disappearances, the right to the truth). The country has also been able to contribute to developing international standards on emerging human rights issues which have normative gaps. In this sense, the creation of special procedures could be the first step towards developing international norms in this regard (e.g. older persons, LGBTI individuals). Consequently, Argentina was able to successfully “export” to the Council many legal concepts developed at the national level in a creative way and has thus contributed to the progressive development of international human rights law.