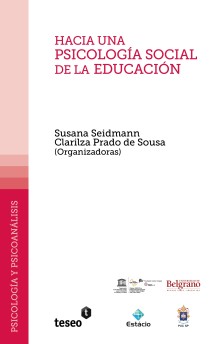 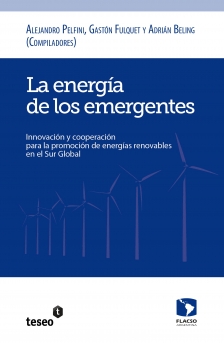 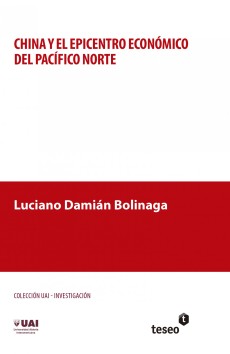 II.1 The 2005 UN reform initiative and its impact on the universal human rights system

During his eight-year mandate, former Secretary-General Kofi Annan pushed for innovative changes to the UN on a few occasions. Indeed, he made proposals to reform the organization in a specific report only six months after he took office.[1] In this report, he focused on five substantive issues: peace, security and disarmament; economic and social affairs; development cooperation, environment, habitat and sustainable development; humanitarian affairs; civil society and human rights.[2] Regarding human rights, Annan announced that he had decided to merge the High Commissioner for Human Rights with the Center of Human Rights for efficiency purposes and to streamline and rationalize the work of the human rights machinery.[3]

After the 2000 World Millennium Summit, Annan referred again to the need for changes in the universal human rights system in his 2002 report “Strengthening of the United Nations: an agenda for further change”.[4] In this report, he specifically referred to the situation of the Commission on Human Rights. He recognized the positive role of this body in the elaboration of international norms and standards—in particular the adoption of the Universal Declaration—but warned of the credibility challenges that this body faced at the time, due to its politicization and the risks that this situation entailed for the system.[5]

Despite the importance of all these efforts, as well as the administrative and institutional changes in the human rights machinery that the Secretary-General made within his powers, it was only in 2005 that there was momentum to finally push for a structural change in the universal human rights system.

During the previous two years, Annan had contributed in a significant way to creating awareness about the existence of a new historical and political context at the international level that called for a United Nations reform. In a speech to the GA, in September 2003, Kofi Annan stated that the UN faced a decisive moment to guarantee collective security for all. In this context, he appointed an international high-level panel of eminent experts to assess the existing threats to peace and security, evaluate strategies and make recommendations.

It is clear that then Secretary-General suggested a profound and general reform, mainly focused on the new challenges in the field of peace and security. However, the analysis and proposals of the panel—which included the creation of a Peacebuilding Commission— went beyond the threats to peace and security and referred to a way to enhance the effectiveness of the work carried out by the United Nations, including many of its main bodies: the GA, the SC, the ECOSOC, the Commission on Human Rights and the Secretariat.[6]

In this context, the panel affirmed that law-making and standard-setting could not be performed by States which demonstrated a lack of commitment to the promotion and protection of human rights. Moreover, the experts indicated that the Commission could not have double standards when dealing with human rights situations and indicated that the most difficult problem for this body to overcome was the question of its membership. As a possible solution, the panel suggested that the Commission be composed of all UN Member States and that State delegations should be led by prominent experts in the human rights field. Another suggestion to reinforce the work of the Commission was to establish an advisory group of experts in order to provide assistance when needed. Finally, the panel of experts suggested that Member States of the UN consider upgrading the Commission to a Council, in line with the importance of the issue as a main pillar of the Organization, together with the ECOSOC and the SC.[8]

The report by the panel of eminent experts helped to make the lack of credibility and efficiency of the Commission more visible at the international level, an issue already raised by Annan in his 2002 report but in a rather subtle manner. The reaction of the then Secretary-General to these observations and proposals was fast and robust. Only a year later, in 2005, he delivered his now famous report “In larger freedom: towards development, security and human rights for all”, where he suggested important changes for the organization, including in relation to human rights issues.[9]

This report was presented to the GA within the framework of the five-year progress report on the implementation of the 2000 Millennium Declaration. It was not the first attempt to make changes to the organization in institutional terms, but it was the right time. In his report, Annan set out the three pillars for the UN in the 21st century: peace and security, development, and human rights. He affirmed that they are not only imperative but that they also reinforce each other.[10]

The changes proposed by Annan have to be understood in the historical context. As the former Secretary-General himself recognized in his report, certain events had created mistrust in the UN, sometimes for conflicting reasons. He cited as an example the fact that both opposite sides of the war on Iraq felt disappointed in the UN: one group because it could not prevent it and the other group because UN resolutions were not complied with.[11] Nevertheless, Annan was convinced of the relevance of multilateralism. He took stock of his eight years of mandate as Secretary-General as well as proposals from the high-level panel to push for essential reforms in the context of the implementation of the Millennium Development Goals adopted at the turn of the century.[12]

The first part of the 2005 report, entitled “Freedom from want”, focused on international strategies to promote development and achieve the proposed goals.[13] The second part of the report, on “Freedom from fear”, echoed the proposal by the panel of eminent experts to create a Peacebuilding Commission.[14]

The third part of the report, entitled “Freedom to live in dignity” referred to the importance of strengthening human rights, democracy and the rule of law. In this context, the Secretary-General requested that the budget of OHCHR be reinforced in order to strengthen the capacity of country teams, which are key in terms of prevention. These teams are able to provide timely information and draw attention to urgent situations that require UN intervention. The report also indicated that the High Commissioner should have exchanges with the SC and the new Peacebuilding Commission. Moreover, the report referred to the need to mainstream the work of OHCHR in the activities of the whole organization.[15]

The fourth and last part of the report, entitled “Strengthening the United Nations”, contains proposals for various bodies of the GA, the SC, the ECOSOC, the Commission and the Secretariat. Regarding human rights, the Secretary-General recognized the contribution of the Commission but emphasized the credibility problems faced by this body. In this context, he suggested creating a Human Rights Council.[16]

He framed this initiative as a major change, which came 60 years after the creation of the UN. Indeed, he recalled that the UN had a system of three Councils: the SC, the ECOSOC and the Trusteeship Council—which had suspended its work and continued to exist only on paper. These councils were key for three main purposes: peace and security, development, and decolonization. In this context, he believed that if the UN was going to take human rights issues as seriously as peace and development, States should agree to establish a new Human Rights Council, as a subsidiary body of the GA, with a smaller size, elected by a two-thirds majority present and voting.[17]

In addition, the Secretary-General produced an explanatory note to his report, in which he only focused on the future Human Rights Council and provided more inputs on the need for reform and the way to achieve it. Indeed, Annan indicated that a standing body would make it possible to deal with emergency situations. He also emphasized that being elected by the GA would make members more accountable and the body more representative.[18]

Annan also argued for the Council to be based where the Commission was: Geneva. OHCHR was also based in Geneva and could assist the work of the new body. The then Secretary-General affirmed that there were precedents of main bodies outside New York, such as the ICJ—based in the Netherlands.[19]

Moreover, Annan called for the establishment of a new peer review. He indicated that this mechanism should focus on an exam on all human rights—civil, political, economic, social and cultural—and include all UN Member States without exception. The peer mechanism should also be equipped with technical assistance when needed, and it should not prevent the Council from dealing with emergency situations on a separate basis.

Annan considered that the new mechanism did not replace treaty bodies—based on conventional obligations taken by States on human rights—but instead it would provide peer scrutiny on the basis of the Universal Declaration. He also thought that OHCHR could help in the process by making information available in this regard. In his opinion, OHCHR could also have competences to contribute in cases of urgent situations.[20]

The then Secretary-General believed that the body should lead to a rationalization of the work of the Third Committee of the GA. In addition to the new peer mechanism, Annan emphasized the importance of the Council also focusing on the interpretation and development of international human rights law.[21]

The final decision about the reform of the human rights system came only a few months after the report of the Secretary-General, during the 2005 World Summit led by Heads of State and Government. States participating in the Summit at the maximum political level agreed in paragraphs 121 to 133 of Resolution 60/1 to strengthen the human rights machinery and to reinforce the High Commissioner—doubling the budget of the Office over the following five years—to improve the human rights treaty bodies and to mainstream human rights throughout the work of the whole Organization. They also agreed on the importance of continuing the States’ commitment regarding certain specific groups, such as indigenous peoples, persons with disabilities and minorities.[22]

The major change was included in Chapter V of Resolution 60/1, called “Strengthening the United Nations”. In this chapter, Heads of States and of Governments participating in the Summit decided to create the Human Rights Council (Council).[23] It was decided that the Council would be responsible for promoting respect for the protection of all human rights and freedoms without discrimination. The leaders also decided that the Council should address situations involving human rights violations and make recommendations in this regard. There was also consensus in the sense that the Council would promote mainstreaming within the whole UN system.

The 2005 World Summit requested the President of the GA to conduct negotiations to be completed during the sixtieth session of the Assembly on all essential elements of the new UN body.

Overall, the World Summit did not bring major institutional changes as proposed by the Secretary-General. Although the original proposal was very ambitious and some of the most important proposals were not incorporated, the major consequence in this resolution came with the decision taken regarding the universal human rights system.

Not all the suggestions for structural changes were able to be carried out, but Annan’s proposal to upgrade human rights in the United Nations became a reality. The decision to create the Human Rights Council was undoubtedly one the most important legacies of his eight-year mandate, which concluded after this process.