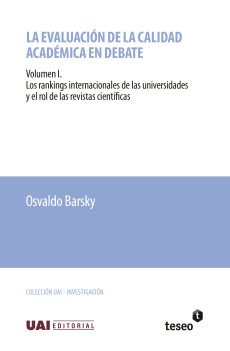 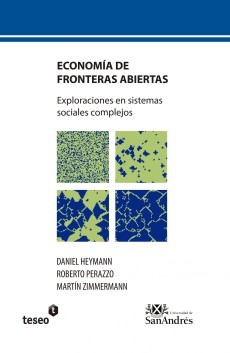 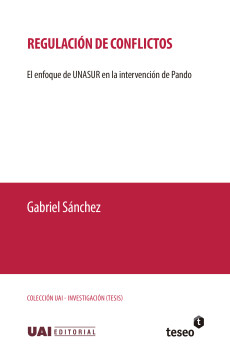 In Resolution 60/251, the GA decided that the status and functioning of the Council be reviewed five years after its establishment. Consequently, by 2011, there were two main issues to assess: whether the Council had to change its status as a main UN body or should be kept as a subsidiary body of the GA; and the result of its work and functioning. The first task was put to the consideration of the GA, while the second was put to the Council itself.[1]

The Council review process was a very intense exercise, which generated a lot of attention, reflection and debate among Member States and Observers of the Council. Indeed, there were a series of informal meetings and retreats in various cities in different regions of the world with the participation of many States and other stakeholders to discuss the modalities and content of the review.[2]

There was a retreat in Algiers with a wide representation of countries of all regions, including Argentina.[3] The retreat discussed substantive issues related, among other aspects, to the UPR (e.g. submission of mid-term reports on a voluntary basis); the system of special procedures (e.g. the future of country mandates); and the complaint procedure (e.g. the option of abolishing it). In Mexico City, there was a smaller informal group of States chaired by Mexico and France, which included Argentina.[4] During this encounter, among other issues, some challenges were raised: the need to reinforce the Office of the President of the Council, the need to address urgent situations effectively and the need to work on cross-regional initiatives as a way to avoid polarization. Discussions among this informal reflection group continued in Marrakech, Paris, Seoul and Buenos Aires.[5] There were also seminars, such as the one organized in Montreux, under the auspices of Switzerland.[6] The last informal international consultation was convened by the then President of the Human Rights Council and was open to all Members States of the HRC, at an ambassadorial level, in Bangkok.

As happened during the institution-building process, the President of the Council appointed facilitators to conduct negotiations on the review of the Council, the UPR, special procedures, other mechanisms, the agenda, program of work and the relationship with the review in the GA. All of them, in the end, contributed to the Outcome Document prepared by the President, which was finally adopted in 2011.[8]

At the time that the process began in the working group, there were serious criticisms of the work of the Council, particularly from civil society, because the body was unable to address all human rights situations and the new criteria for membership was not effective enough to ensure the participation of States seriously committed to the promotion and protection of human rights.[9] As a general reaction to all pillars under negotiations, Egypt—on behalf of the Non-Aligned Movement—indicated that it would oppose any significant changes to the adopted institution-building package.

Regarding the UPR, reactions from States, including Argentina, and other stakeholders were more positive than in relation to the rest of the mechanisms. Nevertheless, many States were concerned about issues such as the periodicity (e.g. there was not enough time to evaluate all States in four years), the list of speakers—which presented some malpractices such as the possibility of blocking all interventions with early submissions by States friendly to the State under review—and the participation of national human rights institutions. All these issues were dealt with.

The system of special procedures was discussed again in similar terms as in 2006. Countries from the African Group and the OIC suggested including parameters for the establishment of country mandates, while other countries from Latin America—e.g. Argentina, Chile, Mexico—and WEOG were against this initiative. The proposal was not included in the end.

Moreover, South Africa suggested a legal committee to apply the Code of Conduct, but WEOG and some Latin American countries were opposed. Some scholars have considered that, due to the existing Code of Conduct, a mechanism to implement it was desirable. They argued that in the absence of such a mechanism, there was a growing feeling of intimidation among special procedures mandate-holders due to possible unjustified accusations.[10] However, in the end, there was no agreement and the Council decided not to include such a committee.

Other major concerns, such as the membership criteria and the quasi-permanent nature of the Council, were not changed. There were no substantial changes either in the other mechanisms.

Finally, in March 2011, the HRC adopted Resolution 16/21, whereby it took decisions concerning the review on the mechanisms of the Council, the special procedures, the agenda, the methods of work, and the UPR. Later, in June 2011, the Human Rights Council adopted a new decision (17/119 of June 2011), which was focused again on the UPR. Both resolutions were adopted by consensus, although the United States disassociated from consensus, mainly because the agenda was not modified and remained a separate reference to the human rights situation in the Occupied Palestinian Territories. The HRC decided that Resolution 16/21 would form part of the institution-building package, together with Resolutions 5/1 and 5/2 as well as other Council related resolutions, decisions and presidential statements.[11]

Regarding the UPR, the outcome document extended the periodicity for the second cycle of reviews starting in 2012 from four years to four and a half years in order to consider 48 States; decided that the State report would focus on the follow-up of accepted recommendations and the current situation; and decided that the report of other stakeholders would include a separate section for national human rights institutions.[12]

Regarding the modalities of the UPR, one innovation was that national human rights institutions would be able to participate orally during the plenary before the adoption of the UPR report. There was also a decision that recommendations of the UPR outcome report would be clustered with the involvement of the State concerned and States that made the recommendations. This was a practical solution to the situation of a report with numerous recommendations which were very similar.[13] The implementation and follow-up of the UPR included the possibility of submittinga mid-term report on a voluntary basis, and it was decided that national and regional UN offices would assist States in implementing UPR recommendations.[14]Council Resolution 17/119 adopted guidelines regarding some aspects of the second cycle.[15]

A relevant decision related to the question of the list of speakers was finally resolved. There would be three minutes’ speaking time for Member States and two minutes for observer States. This would apply when all speakers could be accommodated within the available time, if not the time would then be reduced and divided among all delegations registered so as to enable every speaker to take the floor. In addition, the list of speakers would be opened a week prior to every session, it would be arranged in alphabetical order, and the last Friday prior to the commencement of the session there would be a drawing of lots to decide the order of the list.[16]

On Special Procedures, a decision was made to reinforce the selection and appointment with some additional requirements: a motivation letter from candidates, possible interviews of short-listed candidates, and the duty of the President to justify his or her decision to appoint a candidate different from the one selected by the Advisory Group. In addition, national human rights institutions could submit candidacies.[17]

Regarding the working methods, Resolution 16/21 emphasized the duty of States to cooperate with Special Procedures, and that recommendations of mandate-holders should be action-oriented and take into consideration capacity-building and technical assistance. OHCHR would maintain updated information.[18]

The funding of mandate-holders was debated during the negotiations of the review. There were proposals to ensure that all mandates had resources. As the regular budget is limited, voluntary contributions were generally placed for those mandates which the contributing States are interested in. There were proposals to try to correct this, at least in part. Argentina and Chile proposed using ten percent of all voluntary contributions as a pool to finance all mandate-holders. This was not accepted by some WEOG countries, but as a compromise, there was agreement on introducing a general reference to the importance of supporting all mandates and the fact that the voluntary contributions should be to the fullest extent possible un-earmarked.[19]

Some small procedural changes were made to the Advisory Committee during the review to enhance its visibility. In this sense, its sessions would be held before the March and September sessions of the Council.[20]

Regarding the methods of work and rules of procedure, the Council decided to convene an annual panel with UN agencies and funds; called for the voluntary systematization of resolutions with the help of the Bureau; and established the Office of the President of the Council, among other measures.[21]

The review on the status of the Council was conducted by the GA in 2011. In this case, contrary to what happened within the Council, the relevant resolution, Resolution 65/281, was put to a vote: 154 States voted in favor and Canada, the United States, Israel and Palau voted against.

The GA decided to maintain the HRC as its subsidiary body. There was no surprise with that decision because it was clear from the beginning of negotiations that the amendment of the UN Charter would bring up many other issues such as the reform of the composition of the SC.[22]

The GA also decided that the calendar would change from June-May to January-December and, as a consequence, would coincide with the calendar year. This would solve financial problems arising from the need to obtain the approval of the GA Fifth Commission to be able to work appropriately. Finally, the GA endorsed the outcome submitted by the Council through Council Resolution 16/21 and Decision 17/119.

The review was criticized by some scholars because it did not establish an independent non-State trigger to better respond to human rights emergencies (e.g. OHCHR suggestion for a special session as proposed by Argentina and other Latin American countries). Nevertheless, even critics recognized that, with the structure established in 2006, many positive things can be done with the right political constellation in the Council.[23]

Although the 2011 review is officially over, the review of the Council has not finished completely. The GA provided that the status should be reviewed sometime between 2021 and 2026.[24] The GA did not request this time that the Council review its work and functioning as it did in Resolution 60/251. Nevertheless, the Council expressed its intention to re-assess some aspects of its work during 2019. Consequently, the review of this still new body is not over.