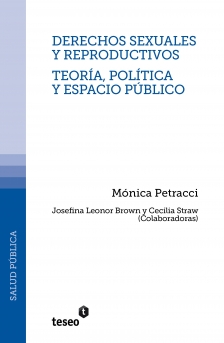 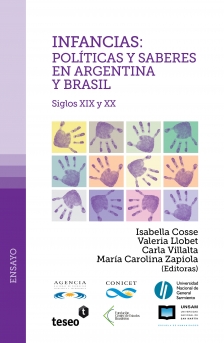 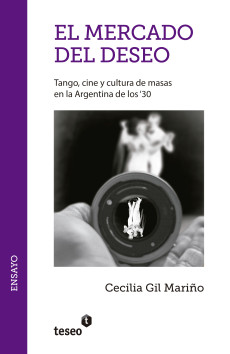 This thesis deals with the government of at-risk youth and focuses on social crime prevention programs located in a a space of regulation intermediate to strategies involving rights protection and penal justice control.

The research analyzes the government of the so-called at-risk youth in a global context in which the existence of a new culture of crime control has been agreed during the last three decades (Garland, 2005), and has changed the understanding of crime and its management. This transformation is part of broad changes in the way of understanding and governing social phenomena (Rose, 1996), which pose new dynamics of individuation focused on demands for accountability and individual activation for managing everyday life, their harshnesses and risks. In this new scenario, states assign their resources prioritizing groups of individuals who cannot meet the requirements on their own, through what is known as individual policies (Merklen, 2013).

Within this context, this thesis proposes looking at a problem that is not new – state concern about the participation of young people, especially males, in urban crime- but acknowledges, by recovering almost centennial experiences such as social crime-prevention, some rationales that reconfigure social government and the role of the individual. This way, imbricated logics belonging to welfareand crime control systems appear, represented by the increasing incorporation of conditional cash transfers (CCT), typically a component of social policy, to social crime prevention programs.

For the analysis of the problem whe appeal to the feminist approach to look at the state; this involves considering both redistributive and recognition dimensions, the latter as an interpreter of needs (Fraser, 1991). Furthermore, whe adopted a definition that considers state as a complex, layered, fragmented and not necessarily coherent entity, in which it is possible to discern processes of conflict, disputes and negotiations (Haney, 1996) involving the governed within specific positions of class, gender and age. Finally, the analysis attended that social crime prevention policies are covered with an inherent tension by serving security objectives while ensuring the social inclusion of the new generations.

The general hypothesis that guided this research is that the form adopted by government of at risk youth programs of social crime prevention in Argentina can point out some peculiarities in the hegemonic global trend. Local programs for crime prevention would be characterized by a strong tolerance to failure of individual accountability requirements and activation of beneficiaries and one could notice: a) the enabling of alternate meanings regarding money given in the form of CCT, as part of a redefinition of conditionalities, as well as interpretations of social inclusion and risk, b) re-registration of the individual responsibility requirement in a context of multiple responsibilities c) a discussion of the alleged incoherence and negative potential of the pair activation-dependency. The tolerance that would characterize the Argentine model would not be without rigorous procedures of social control, especially in the moral dimension of subjectivity, and would entail significant consequences for age, gender and social class related aspects of beneficiaries.

The research is an instrumental case study, which could also be considered as an extended case. The main observation case is the social crime prevention program “Comundades Vulnerables “, though data from other cases of observation were analyzed, for a better understanding of the former. Data acquisition techniques were participant observation and in-depth interviews. Field records for 84 visits to program implementations (mostly “Comunidades Vulnerables”), evidence produced in 27 interviews, and program documents were analyzed with an ethnographic perspective. Furthermore, secondary sources from international and academic organizations were analyzed to outline an overall global state of knowledge.

The thesis is structured as follows: after the introduction, chapter 1 presents the construction of the research problem, divided into three sections: the state, the social policies and how to approach its study; juvenile crime management and prevention of social crime by means of CCT; and youth: age, gender and class. Chapter 2 presents an overview, in the form of a theoretical model, which explains the changes in the ways of understanding youth crime from state management, from its emergence to current forms: in particular, to the rediscovery of crime prevention. In the third chapter we propose different models (debt, opportunity and tolerance) for the current state management of at-risk youth internationally, we describe the emergence of crime prevention in Argentina, and we introduce the Comunidades Vulnerables and other programs that complement the analysis. The fourth chapter discusses the institutional interpretations on strategies for social crime prevention, and shows the importance of figures such as the agreement on life´s project and institutional support. The fifth chapter is metaphorically located at the door of the programs and analyzes the way that money provided as CCT has on crime prevention strategies, both for programs and for beneficiaries. The sixth chapter identifies and analyzes the ways in which the young people are suited and resist State interpellation, and how, finally, it is a form of tolerant government, which gives particularistic forms and produces a set of strengthenedly subordinate subjectivities of age and gender, based on the positions young people take about risks. The result of the intervention scheme shows a complex picture that combines dependence forms with activation requirements and individual accountability. Questions about the reasons for that tolerance invite to dive, in the last chapter of the work, into some biographical trajectories for which the Comunidades Vulnerables was intended to impact. Finally, we offer general conclusions.